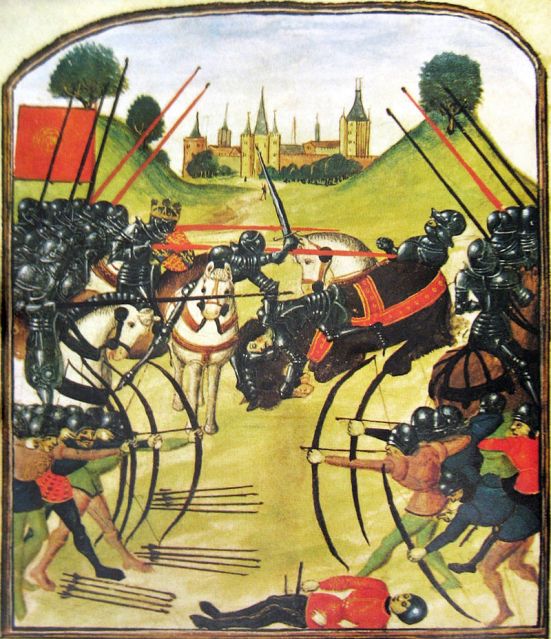 Picking up where we left off: George, Duke of Clarence and the Earl of Warwick’s rebellion in the summer of 1469 enhanced Richard’s position at Edward IV’s court. Around the same time that he joined Edward for his triumphant return to London, Isabella of Castile wrote a letter to her brother, King Henry IV, listing out four possible suitors, including, “the brother of the King of England.”

END_OF_DOCUMENT_TOKEN_TO_BE_REPLACED 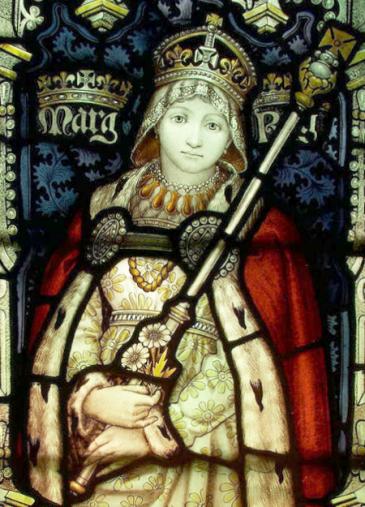 Today we’re following up on where we left off in 1459 as we tick through the early years in the Wars of the Roses.

END_OF_DOCUMENT_TOKEN_TO_BE_REPLACED 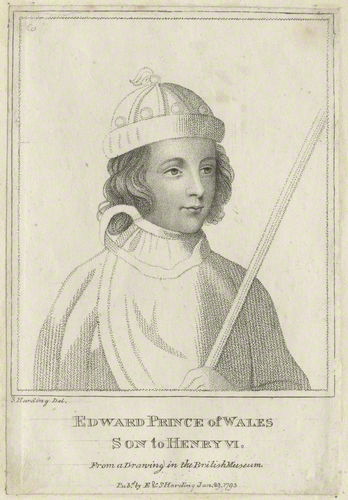 Picking up where we left off on Tuesday, let’s move into 1453 and the events leading into the first half of the “Wars of the Roses.” For a broader analysis of this period, you can read an earlier piece on Henry VI’s mental health and the struggle for the regency here.

END_OF_DOCUMENT_TOKEN_TO_BE_REPLACED 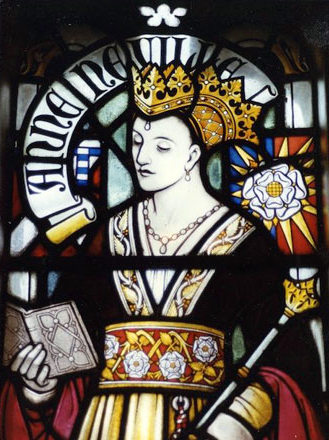 Anne Neville is a curious figure in history because she is essentially a blank canvas who happened to be at the epicenter of intrigue during the Wars of the Roses. She was a queen consort of England, but one who wore the crown for less than two years and is understandably overshadowed by her more famous peers: Marguerite of Anjou, Elizabeth Woodville and Elizabeth of York. She is dynastically insignificant – her only son died during childhood. She was not born into royalty, but rather married into a conquering family. And she did not hold power long enough to have any lasting impact on England.

And yet, she is an intriguing figure. For nearly 12 years she was married to one of England’s most famous (and infamous) monarchs: Richard III. She was in the eye of the mysterious storm that surrounded the disappearance of Edward V and Richard, Duke of York (aka the Princes in the Tower). And she was the only figure to have married into both royal houses at war: Lancaster and York. Anne was born a Yorkist and died a Yorkist, but from December 1470 until May 1471 she was the Lancastrian Princess of Wales.

END_OF_DOCUMENT_TOKEN_TO_BE_REPLACED 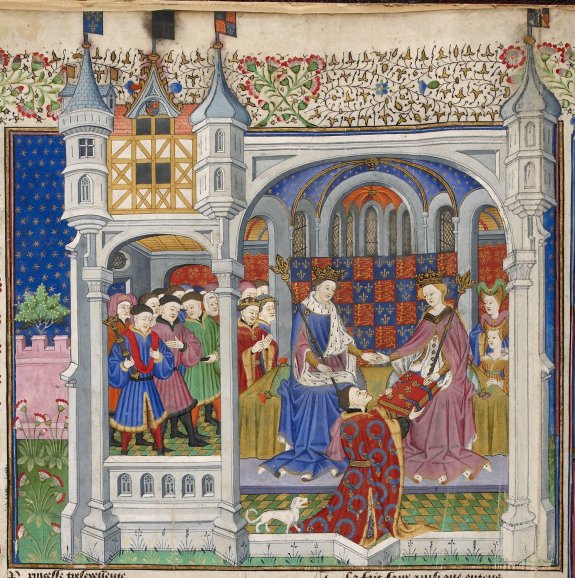 Henry VI’s wife, Marguerite of Anjou’s legacy has been tinged with the question mark of infidelity since her own time. Assessing “why” or attempting to suss out the veracity of those accusations is more complicated than simply picking apart her relationships with the various men put forth as contenders, because the charges – whether true or not – are politically motivated. But dismissing them as scurrilous claims by her enemies is also not so easy given the nature of her marriage – or rather, the nature of her husband. Today, most of us look back at the hand of cards Marguerite was dealt and think something along the lines of, “Well, if she did, I don’t blame her.”

END_OF_DOCUMENT_TOKEN_TO_BE_REPLACED 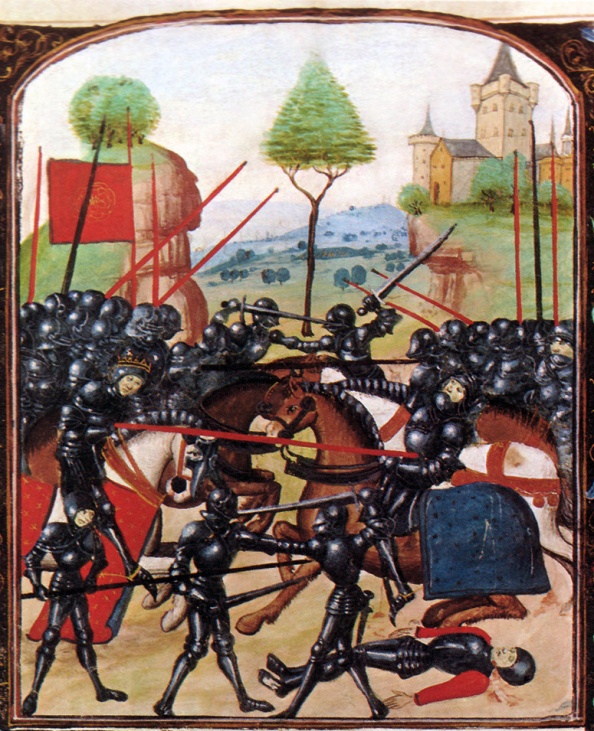 Today in 1471 the Battle of Barnet was fought in England between the House of York’s Edward IV and the House of Lancaster’s Richard Neville, Earl of Warwick. The battle resulted in Lancaster’s defeat and Warwick, the “Kingmaker,” was killed while attempting to escape the field. At the time of the battle, Edward IV had recently been deposed thanks to Warwick’s betrayal when he defected to the Lancastrian cause, turning his back on the House and family on which he had built his career.

END_OF_DOCUMENT_TOKEN_TO_BE_REPLACED 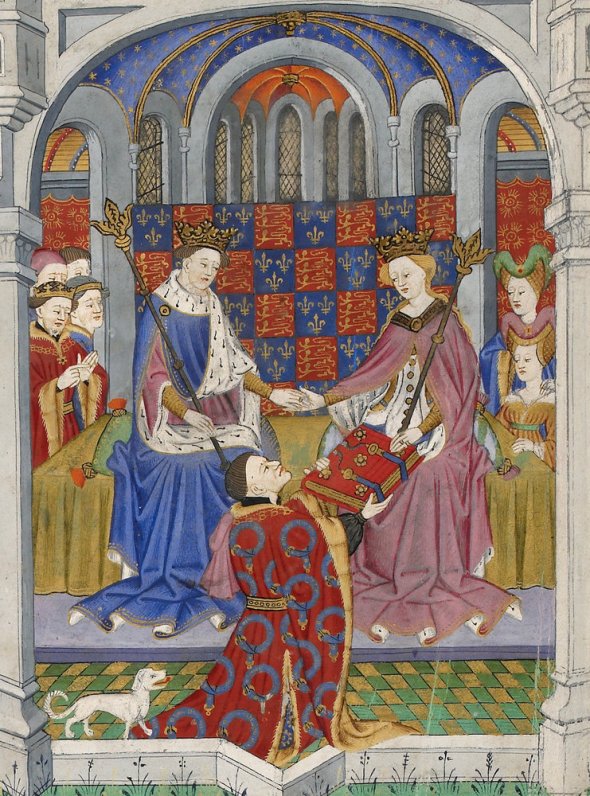 In the long list of things that made Marguerite of Anjou’s life tragic is the fact that after waiting eight years for any sign of a much-needed heir, her husband, Henry VI, would go “mad” when she was seven months pregnant, turning what should have been a time of genuine celebration into a period of incredible stress and political uncertainty.

By 1453 Henry desperately needed a son. He was a weak king, controlled by a coterie of unpopular men with varying degrees of skill, and married to a Frenchwoman who many saw as a tangible symbol of England giving up its right in France. That the marriage was fruitless certainly didn’t help matters, particularly when Henry’s closest heirs were his half-brothers, Edmund and Jasper Tudor, born from his mother’s second marriage to a Welshman in her household, or his cousin, Richard, Duke of York, who was older than him by a decade and politically opposed to nearly all of his government’s policies.

But Marguerite was no traditional queen consort and it would be this period of time which mobilized her into a woman who made no pretense about actively politicking on behalf of her family’s interests.

END_OF_DOCUMENT_TOKEN_TO_BE_REPLACED 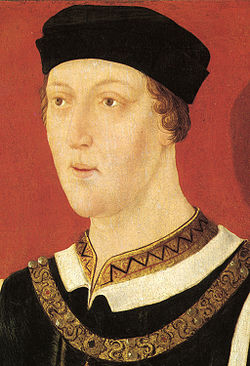 I almost started this post with “Poor Henry VI,” but that’s debatable, isn’t it? Even today, historians question whether Henry was hapless, pious, unlucky or all three. In any event, he wasn’t a very good king, which is remarkable only because he never knew another existence. He would ascend the English throne on August 31, 1422 when his father, one of England’s most famous and beloved kings, Henry V, died in France at the age of 36. Henry was eight months old, having been born the previous winter at Windsor Castle to his mother, Katherine of Valois.

But fate wasn’t done with the infant king yet: Two months later, on October 22, 1422, his maternal grandfather, King Charles VI of France, died as well. Under the Treaty of Troyes, which had been signed by England, France and Burgundy in June 1420 – and contracted his parents into marriage – Henry also inherited the French throne, now ruling over a dual empire constructed by a father not around to execute it.