Ok, I usually hate articles that needlessly loop in Diana, Princess of Wales, but there were a few very apparent nods to her yesterday that I didn’t mention and I think are worth calling out.

END_OF_DOCUMENT_TOKEN_TO_BE_REPLACED

Well-known tennis lover HRH The Duchess of Cambridge made her first appearance this year at Wimbledon. H/T to Gert’s Royals on Twitter who correctly guessed that Kate would turn up today when it wasn’t listed that the Duchess of Gloucester, president of the Lawn Tennis Association, would attend the LTA awards this afternoon.

END_OF_DOCUMENT_TOKEN_TO_BE_REPLACED 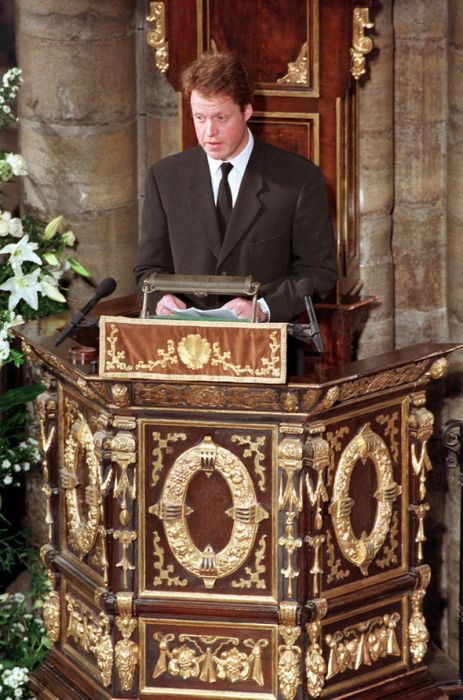 Last week I referenced Earl Spencer’s eulogy of his sister, Diana, Princess of Wales, and I think it’s a significant enough speech that it bears a closer look today, the 20th anniversary of its address and the Princess’s funeral. For those unfamiliar with it, at first blush it may seem fairly innocuous, albeit a fitting and lovely tribute, but there’s actually quite a bit going on here when you pull it apart.

END_OF_DOCUMENT_TOKEN_TO_BE_REPLACED 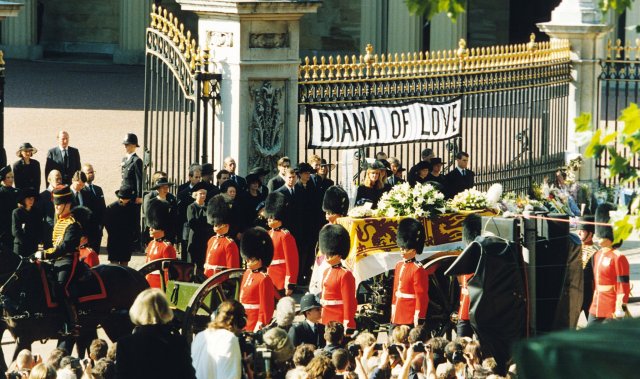 Having finally had the chance to watch the BBC documentary on the seven days between Diana, Princess of Wales’s death and funeral, it seemed appropriate to address the period now described as a crisis akin to the Abdication. And while that seems dramatic at face-value, the fact remains it was a moment of reckoning for the British Royal Family and the British people.

END_OF_DOCUMENT_TOKEN_TO_BE_REPLACED 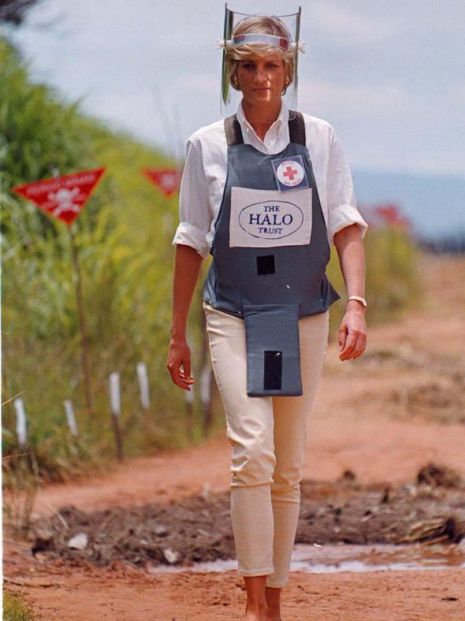 Today officially marks the 20th anniversary of the death of Diana, Princess of Wales. There isn’t a lot left to say that hasn’t already been said this summer, but I thought I would cover off on the question of where Diana fits into the historical record at this point. Last month, her sons, the Duke of Cambridge and Prince Harry, spearheaded a documentary on her charity work and her role as their mother, indicating part of their efforts were meant to address the fact that younger generations didn’t really know her.

END_OF_DOCUMENT_TOKEN_TO_BE_REPLACED 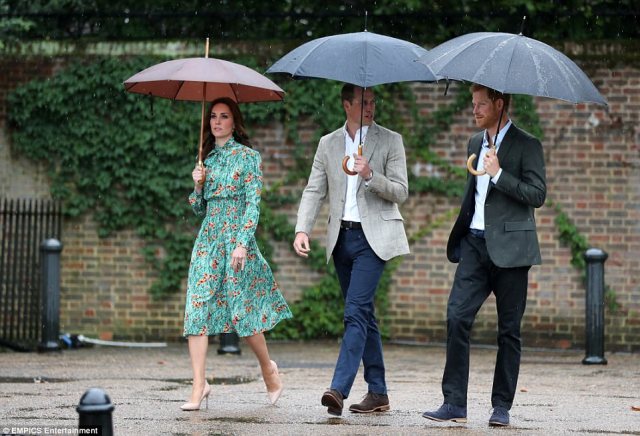 Today, the Duke and Duchess of Cambridge and Prince Harry toured the memorial garden designed at Kensington Palace in honor of the late Diana, Princess of Wales. Featuring white roses, narcissi, daisies and forget-me-nots along the Palace’s recognizable sunken garden, the landscape and foliage were chosen in homage to memorable moments and images of the Princess’s life, such as her iconic white Catherine Walker dress.

END_OF_DOCUMENT_TOKEN_TO_BE_REPLACED 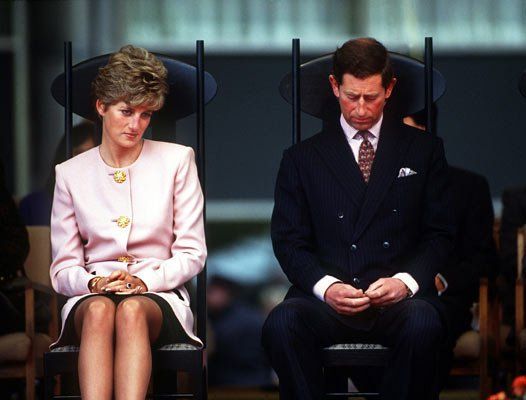 We’re not going to get too in the weeds here on the actual divorce, because good God, I am starting to get burnt out by the ceaseless tabloid coverage of the late Princess of Wales. To be clear, I am all for commemorating her life as we approach the 20th anniversary of her death, but the dredging up of her marriage to the Prince of Wales and the constant speculation about her personal life – none of which is new – is a bit much. Nor can I imagine any of this is particularly helpful to her remaining family.

But the fact of the matter is, the attention Diana received stemmed from her marriage to Charles and that marriage ended 21 years ago today. Not all divorces are made equal and this one was certainly one of the most controversial of the last century. Simply put, it was unprecedented and you know how much I love unprecedented royal events, so here we go.

END_OF_DOCUMENT_TOKEN_TO_BE_REPLACED

Well, that’s a weird title, but I think it hits the highlights. Where to begin with the last few days? Let’s start outside the UK where the Danish Royal Family has been dominating headlines. Denmark’s  monarch, Queen Margrethe II has reigned for 45 years, is enormously popular and is supported by her two sons and plethora of grandchildren. That support does not, apparently, extend to her husband, Prince Henrik, a Frenchman to whom she has been married since 1967.

Henrik boldly stated that he had no desire to be buried alongside his wife at Roskilde, the traditional resting place for Danish monarchs and their spouses, because he had never been granted the title of “king.” His argument is that his prevention from receiving the title is 1) his wife’s fault and 2) sexist, because female consorts are given the title “queen.”

END_OF_DOCUMENT_TOKEN_TO_BE_REPLACED 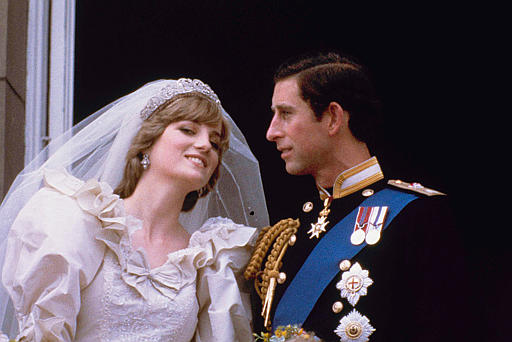 This really is “the” royal wedding, isn’t it? Despite not being around for it and thinking the Cambridges’ 2011 version was absolutely gorgeous, I have a feeling the 1981 wedding of the Prince of Wales and Lady Diana Spencer will go down as the one to beat in the modern era. I’m not giving those marks based on style, splash or pomp, necessarily, but it’s a searing moment in time that defined a certain generation – and in that way, it was very much its bride’s day.

I don’t have the ability to separate out to what extent my perception of the day is influenced by hindsight, but to be honest, I don’t feel like it is. When I look at photos from that wedding I don’t see the unhappy years we know now were coming, or the divorce, or the late Princess of Wales’ tragic early death. I just see a captured moment of complete joy, optimism, relief and, yes, perhaps some naiveté.

END_OF_DOCUMENT_TOKEN_TO_BE_REPLACED 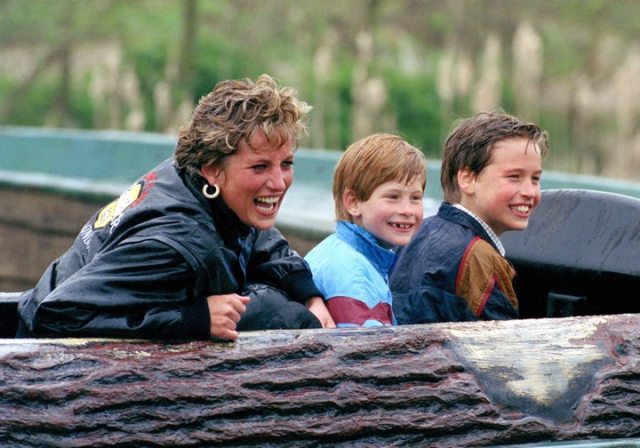 I’m scheduling this to go up early tomorrow morning, but I’m writing this on Monday night, having just finished watching ITV’s documentary on Diana, Princess of Wales. I wasn’t sure that I was going to watch when I first heard about it, nor was I sure whether or not I would cover it, but the sheer amount of press it has received pretty much dictates I should. And, of course, there was the fact that Kensington Palace itself was promoting it, the Duke of Cambridge and Prince Harry having been the driving force behind its release.

I have a feeling this documentary will actually become pretty important to the royal canon – if not for the House of Windsor, then certainly for how we look back on William and Harry.