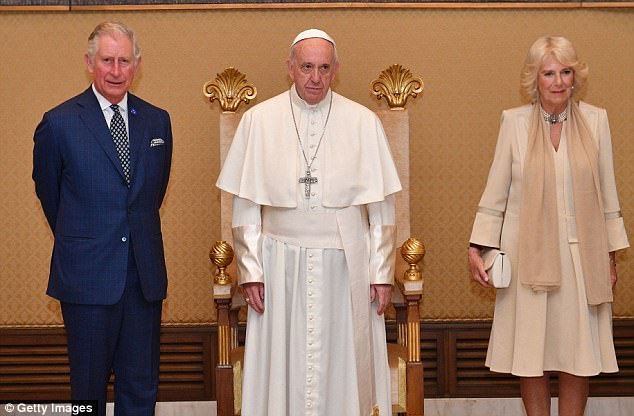 Yesterday, the Prince of Wales and the Duchess of Cornwall departed Florence for Rome and the Holy See where they met with Pope Francis. Before their visit they were given a private tour of the Vatican’s archives, which house manuscripts not accessible to the public. The secrecy makes sense given the thousands of extremely personal documents Rome was made privy to over the centuries, particularly when it was a more political entity going head-to-head with monarchs across Europe.

One such example referenced earlier this week by way of the papal dispensation sought by Henry VII and Ferdinand and Isabella of Spain for approval to marry their children, the future Henry VIII and Katherine of Aragon – the document essentially haggled over the terms of Katherine’s virginity following her marriage to Arthur Tudor. But this was indicative of the personal nature of so many of the issues the Vatican weighed in on, from dispensations to divorces to legal issues, any number of which were related to the Royal Families ruling Europe.