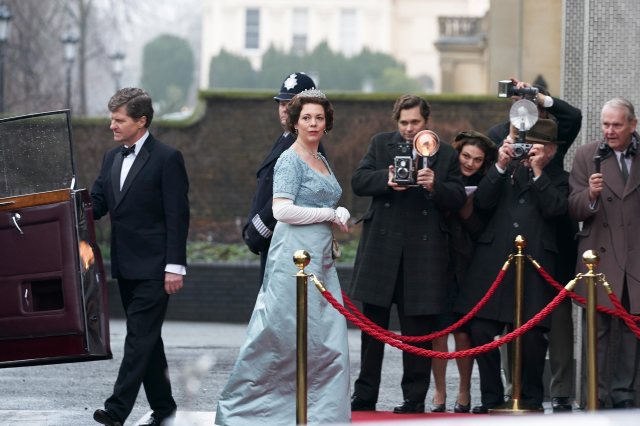 I changed my mind last weekend about writing my final summary of The Crown’s third season because I wanted to re-watch certain episodes and let it all gel a little more. I’ve done so, and with all ten episodes recapped, I think it’s finally time to take a look at them as a complete package. At the close of the first and second seasons, I focused primarily on the question of whether or not the series was focused too much on side characters to the detriment of its lead. This season, I think they did a good job of shading Elizabeth in, but I’m surprised by the direction they took. To be blunt, their portrait of the monarch isn’t very flattering.

END_OF_DOCUMENT_TOKEN_TO_BE_REPLACED 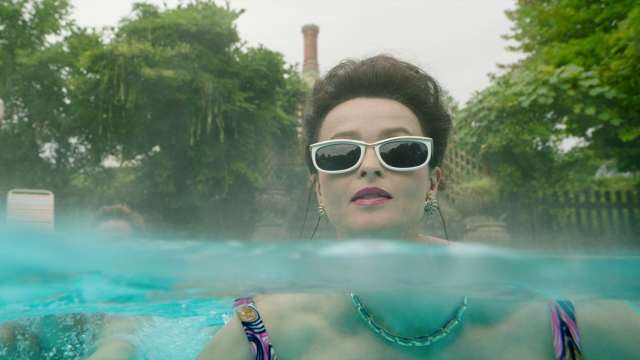 I’m not sure what I expected from the Season 3 finale. I knew it would cover the dissolution of Princess Margaret’s marriage, but given that the penultimate episode covered events in 1972/1973, I had no idea how they were going to cram four to five years into one episode. Well, they did, but only by once again mashing up a lot of events and ignoring others.

END_OF_DOCUMENT_TOKEN_TO_BE_REPLACED

Season 3’s ninth episode essentially covers the breakdown of Charles’s relationship with Camilla. Or, as we’ve now come to see it, the ending of Part One. In The Crown’s world, their demise was taken out of their hands slightly, or at least out of Charles’s, thanks to palace machinations directed by the Queen Mother and Earl Mountbatten. The events depicted are a mash up of those from 1972 and 1973, but per usual for this season, there’s quite a bit of fiction.

END_OF_DOCUMENT_TOKEN_TO_BE_REPLACED

The moment so many have been waiting for: the introduction of Camilla Shand. Not only that but we are given a true farewell to the Duke of Windsor, and a second strong look at Princess Anne this episode. And because I didn’t make this point in my recap of “Bubbikins,” when a teenage Anne first stepped into the frame, Erin Doherty’s portrayal of the Queen’s daughter may be one of the series’ most on-point performances.

END_OF_DOCUMENT_TOKEN_TO_BE_REPLACED 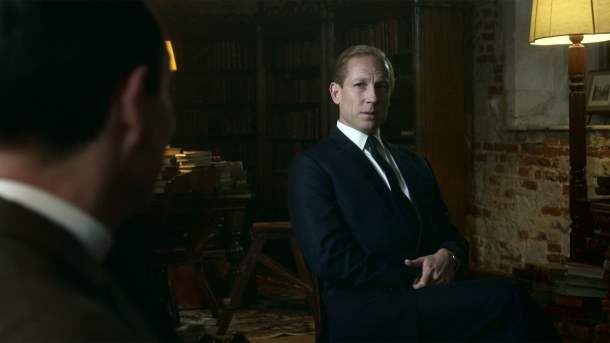 So, here we are – Season 3’s seventh episode and we are still squarely in 1969. Indeed, the events depicted here overlapped with several of those from the fifth and sixth episodes in the real world, which I suppose explains why they’ve moved around the timeline…except that I’m still not a big fan of how they did so. Anyway, after drama focused around Elizabeth, Earl Mounbatten, and Charles, we are now circling back to Philip. And his mid-life crisis, except he can’t quite bring himself to use those words.

END_OF_DOCUMENT_TOKEN_TO_BE_REPLACED

I thought while I was watching this episode it would end up my least favorite from the season, but the last scene between Earl Mountbatten and Princess Alice helped salvage it…and there’s another one later on that I ended up liking more. Still, this episode is the first true dud for me, because it once again distorts what actually happened to serve a purpose that I’m not really needed serving.

END_OF_DOCUMENT_TOKEN_TO_BE_REPLACED

For those who missed the recaps of the first three episodes, you can catch up here, here, and here. With that, let’s get into this season’s fourth episode, “Bubbikins,” which covers an event I had completely forgotten about when predicting what would be shown this year: the Royal Family documentary. The episode merges three separate events that actually occurred: a poorly received interview by Philip, the filming and release of a two-hour special on the Royal Family, and the arrival of Philip’s mother, Princess Alice, at Buckingham Palace.

END_OF_DOCUMENT_TOKEN_TO_BE_REPLACED

So, I lied – instead of posting this tomorrow morning, I decided to make this a three-post day. Happy Sunday and all that. Now: This season’s third episode will likely be among those that sticks out from the rest. It covers a real tragedy that occurred in Wales in October 1966 when the spoil tip (accumulated waste from coal mining) in Aberfan, Wales collapsed, slid down a slurry, and killed 144 people, 116 of which were children due to the debris hitting a nearby junior school. This episode begins by showing the disaster itself, but the majority of it covers the fallout for the British government, including its Head of State.

END_OF_DOCUMENT_TOKEN_TO_BE_REPLACED

And so we have our first real Margaret-focused episode of the season, however the real focus is not yet on her marriage (though we are given a bigger glimpse), but on her relationship with Elizabeth. The inherent inequality of their stations is a theme the show has covered since its first season. Indeed, this particular situation – Elizabeth looking on jealously while Margaret shines – isn’t anything new; an earlier iteration of it exists via the episode, “Pride & Joy.”

END_OF_DOCUMENT_TOKEN_TO_BE_REPLACED

After a nearly two-year gap, here we are again, convened for royal super bowl. For those who missed it, there’s a post from yesterday that level-sets where we left off in The Crown’s Season 2, so let’s get straight into it. It’s still 1964 in this season’s premier, but we are introduced to a new cast of characters who will carry us through the next two seasons. The show acknowledges this via the cold open, which has Olivia Colman’s Elizabeth reviewing new stamps bearing her image, the more updated sitting side-by-side with one featuring Claire Foy.