END_OF_DOCUMENT_TOKEN_TO_BE_REPLACED

Henry VIII died on January 28, 1547, some 37 years after he ascended the throne at just 17. It would be another three days before England was made aware. From within the halls of his court at Westminster, Henry’s death remained a closely guarded secret even as food was dutifully carried in to his private chambers at meal times with all expected fanfare.

Henry’s death ushered in the reign of his nine-year-old son, Edward VI, whose age necessitated a minority government the strength of which was premised on the loyalty of Tudor courtiers – the same men who had spent over a decade working for a king who increasingly resembled a tyrant.

END_OF_DOCUMENT_TOKEN_TO_BE_REPLACED 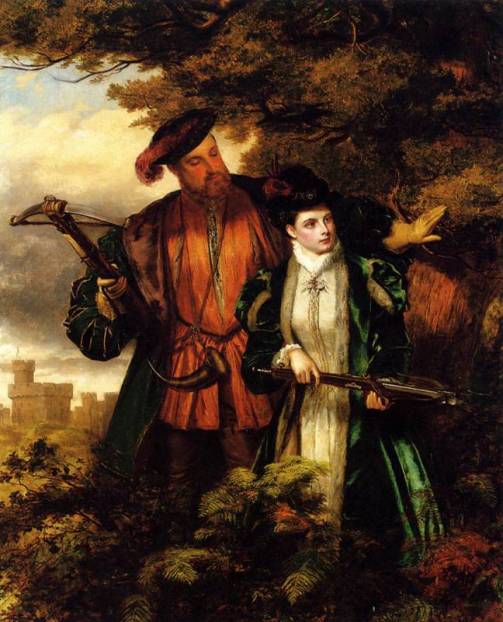 Last week we addressed the question of when Henry VIII’s infatuation with Anne Boleyn began, but today we jump forward seven years to the final stages of Anne’s preparation for marriage – in other words, how exactly Henry made her queen. The evolution of their relationship – from Henry wanting her as a mistress, then a wife – held within it the destruction of the Tudor family. By 1532, Katherine of Aragon had been physically removed from court, out of sight, if not out of mind. Princess Mary, loyal to her mother and her birthright over her father’s “happiness,” found herself firmly out of favor for refusing to accept Anne.