Last month, in a nod to the upcoming royal visit, I posted about Queen Victoria Eugenie of Spain, the last marriage alliance between Britain and Spain. Now, days out from the arrival of King Felipe VI and Queen Letizia, I thought it appropriate to offer some background on these two, as well as what we know so far about the itinerary July 12-14.

Victoria Eugenie’s post petered out with her death in 1969, noting that had she lived only a few more  months she would have seen the restoration of her grandson, Juan Carlos, to the Spanish throne in 1975. Notably, Juan Carlos is still living today – he abdicated in 2014 in favor of his son, Felipe. While abdications are still unheard of for the British Royal Family as a matter of routine succession, they have become increasingly common throughout the rest of Europe, particularly with the last generation of crowned heads. 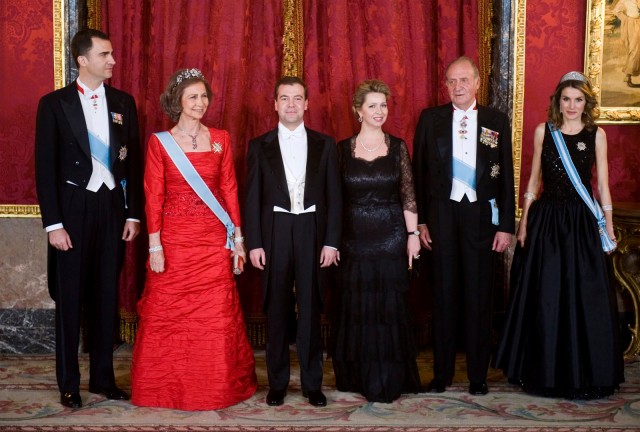 There’s some merit to the argument in their favor, too, not least of which is allowing monarchs to retire in old age, as well as clearing a path for the younger generation when they’re still in their prime. To me, some of this is simply the business of royalty catching up with modern reality. Lifespans are longer now and how various European monarchies continue to address this over the next decade or so will be interesting to watch. Remarkably, Juan Carlos stated at the time, “I don’t want my son to grow old waiting like Prince Charles.”

In Juan Carlos’s case, the move was not only about age, though he did have a series of health-related issues in 2012 and 2013. The Spanish Royal Family was was in the middle of a scandal centered around Juan Carlos’s daughter, Infanta Cristina, and her husband, Iñaki Urdangarin. In November 2011, Urdangarin was accused of diverting public funds for himself through the non-profit Nóos institute. Within weeks, the RF was forced to confirm that he wouldn’t be carrying out engagements or attending public occasions until further notice. 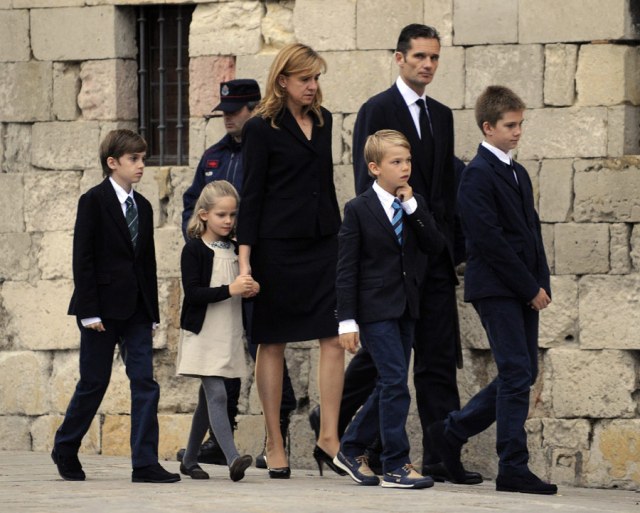 In 2013 the investigation into the financial activity announced that Cristina was officially named a suspect. In the middle of the chaos Cristina left Spain for Switzerland with her four children, however by early 2014 she had been formally charged with tax fraud and money laundering. In June 2015, after Juan Carlos’s abdication, she was stripped of her title, Duchess of Palma de Mallorca, before her trial began. The trial took place over the course of 2016 and Cristina was acquitted in February of this year. Urdangarin was convicted to six years in prison.

And so, in the middle of all of that, Felipe and Letizia started their reign. At the time of their accession, the couple had been married for 10 years. Unlike the Duke and Duchess of Cambridge, there’s little concrete information known about their courtship, however the Latin Times reported at the time of Juan Carlos’s abdication:

“It is said that in 2002 Felipe grew interested in a famous news anchor and reporter, Letizia Ortiz Rocasolano. He called his friend Pedro Erquicia, who also happened to be a journalist and worked with Letizia, to ask him to host a dinner party to introduce the two of them. At the end of the dinner party, Felipe asked for Letizia’s number and proceeded to call her later. After multiple attempts of asking her out, Letizia finally agreed, and a relationship began between the two of them.”

On November 1, 2003 the Palace announced the engagement of Felipe and Letizia when few knew they were even in a relationship. Reportedly it was Letizia who asked to keep things quiet, not wanting to disrupt her career.

Letizia was an unlikely candidate for a royal wife. She was an award-winning journalist, including stints in Washington, D.C. covering the 2000 presidential election,  New York at Ground Zero during the 9/11 attacks and Iraq following the commencement of the war in 2003. In 2002, she filed a number of reports from Galicia following the sinking of the oil tanker, Prestige.

Their wedding was held on May 22, 2004 at Cathedral Santa María la Real de la Almudena in Madrid. The bride’s gown was designed by Spanish designer Manuel Pertegaz. Notably, this is Letizia’s second marriage – she was briefly married from 1998-1999 to Alonso Guerrero Pérez, a writer and teacher. Because her first wedding was conducted as a civil ceremony, there wasn’t an issue with her second including a full Catholic mass and hosted in a church.

The couple’s eldest child, Leonor, was born on October 31, 2005 and their second child, Sofia, was born on April 29, 2007. Upon their accession to the throne, Leonar was named Princess of Asturias and is her father’s heir.

Felipe and Letizia are remarkably well-educated, particularly by royal standards. Felipe attended high school in Ontario, university in Madrid and received a Masters degree in foreign service from Georgetown University in DC. Letizia was educated in Spain, including a bachelors from the University of Madrid and a Masters in Audiovisual Journalism at the Institute for Studies in Audiovisual Journalism.

As has been seen in the UK with William and Kate, it took a few years for Letizia’s solo agenda to solidify and for her to undertake more engagements on her own. As Princess of Asturias she focused on the causes of children rights, culture and education, issues on which she continues to advocate as queen.

Notably, Letizia is the first Spanish-born queen consort since the 19th century. Her mother-in-law was born a princess of Greece and Denmark (her father was King Paul of Greece, son of Queen Sophie), and before that was Victoria Eugenie, born at Balmoral Castle as a granddaughter of Queen Victoria.

Felipe and Letizia have a marked international presence, visiting dozens of countries on behalf of the Spanish Royal Family. They have worked hard to keep a distinct line between themselves and Felipe sister, the disgraced Infanta Cristina, at which they have mostly been successful. They were almost universally praised for being the first king and queen of Spain to receive LGBT groups at the Palace, and in 2015 was named a UN special ambassador for its food and agriculture organizations. Further kudos were thrown their way when Felipe announced a voluntary 20 percent reduction to his salary in light of a national recession.

Back to this week’s visit and it’ll be interesting to see other European crowned heads mingling with the Windsors. In terms of rank, Felipe and Letizia are on par with the Queen and the Duke of Edinburgh, however in terms of age they fit in-between William and Kate and the Prince of Wales and Duchess of Cornwall (closer to William and Kate by about a decade). And in terms of publicity, Letizia and Kate are comparable, both garnering significant interest in their fashion choices and their young children. 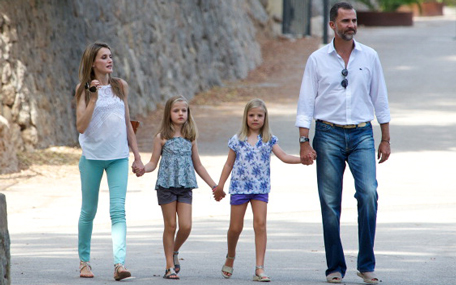 The big news this past weekend is that it will actually be Prince Harry playing a more conspicuous role in the couple’s visit. He will escort them to Westminster Abbey on July 13th so that they can pay their respects at the Tomb of the Unknown Warrior and go on a private tour. Other members of the family expected to play a formal role are Charles and Camilla, the Duke of York and the Princess Royal, who will be fresh from an overseas trip to China.

Nada for William and Kate, though this likely has to do with family members taking turns. The Cambridges were present for the most recent state visit from the Chinese and now it’s apparently Harry’s turn. I would imagine this might also be a balancing act of publicity given that they will be in Poland and Germany the following weeks, which will not doubt receive a steady stream of coverage.

It’s believed they may make an appearance for the state banquet on the night of the 12th, so fingers crossed on that one. 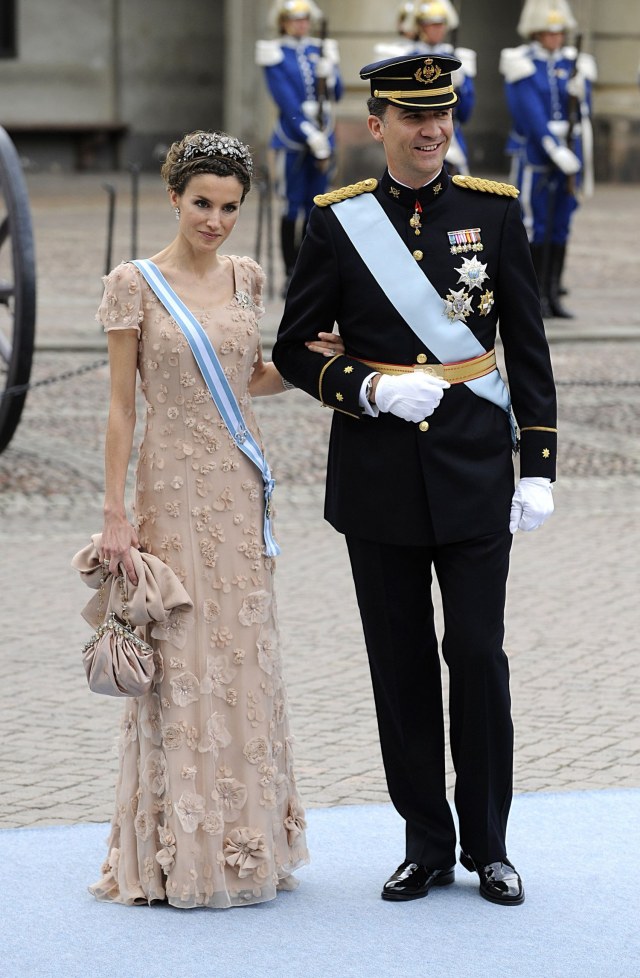